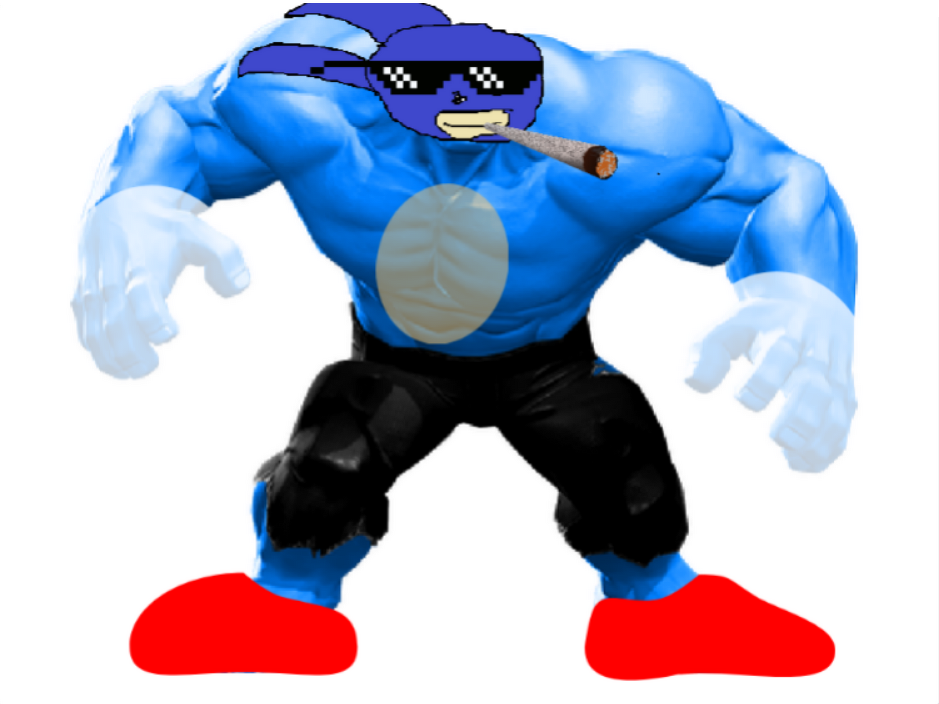 Not much is known about Beyond Omnipotent Sanic but it is implied that it was form given by MLG Jesus to Sanic as a special gift after Sanic was able to break through his shell during the total war against the Illuminati.

Along with his Special and Unique form, Sanic can't maintain this form for long and needs to cool down before he can use the form once more. Once he is in this form, he unleashes an Ultimate MLG >9000 Blast, which again is 420x stronger than his regular MLG >9000 Blast, but this time it can actually cause the Big Bang all over again in 9000 universes all at once, he's literally that dangerous. His speed is also unmeasurable it goes over and over and over and OVER off the charts, he can outrun the Big Bang and he can also withstand the Big Bang and even cause the Big Bang. He can break any laws of physics at ease and he can walk and kill anything like he is having a kill aura. This is form is incomplete and can't be mastered without the blessing of MLG Jesus, meaning that if he goes over the edge, Sanic will die.

Retrieved from "https://meme.fandom.com/wiki/Beyond_Omnipotence_Sanic?oldid=51732"
Community content is available under CC-BY-SA unless otherwise noted.