Teh Meme Wiki
Register
Don't have an account?
Sign In
Advertisement
in: Articles in need of cleanup, Memes, Image Macros,
and 8 more

fsjal is a series of MS paint-style artworks centered around anticipation and eyes pointing up in eagerness. Since its viral takeoff on 4chan in July 2009, the drawing fad has spawned thousands of user-generated character sprites. They also appear on Rage comics, as well as plain characters, rather than being customized by a DeviantArt user. fsjals are also popular on Meme Generator as well. There has been over 4,000+ fsjals currently been made on the internet.

The first known comic that fsjal has appeared on was "The Adventures of Left and Right”. On March 27th, 2008, Brian Lee posted a comic titled “BROTERSTORY” to his DeviantArt account, noting that now-deactivated DA user appletrees requested a Super Smash Brothers inspired comic for a zine to be distributed at Seattle anime convention SakuraCon. In the comic, Toon Link is shown posing in this excited manner after he and Solid Snake decide to sneak around other characters to visit Ganondorf in the hospital. On July 25th, 2009, the comic was reposted to 4chan’s /v/ (videogames) board over a year later as an image contest thread with a condition that the “post [ID number] ending in 69 names this meme.” The reply post ending in 69 simply stated “fsjal” and thus in accordance with the unwritten rule of GET, a new 4chan meme was born. Within hours, the thread accumulated hundreds of customized fsjal drawings.

Since this very popular customizable character is popular amongst people, the meme has also appeared on Rage comics as well. There has been one comic that features fsjal, as a man who needs 6/6 vision sight to become a pilot. and by the time he's 18,Herp Derp tells him that he is not available with eye surgery checking as fsjal is clueless. Before fsjal appeared on Rage comics.

There have been over 4,000+ customizable characters of fsjal numerously done by different computer artists and people on the internet as well. Since the popularity of fsjal's customizable appearance, many people started to do their own versions of fsjal such as Pikachu, Nyan Cat, Homer Simpson, Me Gusta, Ash Ketchum, Batman, Hank Hill, Spongebob, custom characters of their own, and numerous other famous characters. Rage comic characters have even taken the role of fsjal as well. There has been several meme appearances of it that have appeared as Me Gusta, Yao Ming Face,Y U NO Guy, and even Trollface. There has also been many counterparts known to be made out of fsjal and also numerous others that appear as a meme resembling the person's favorite character. 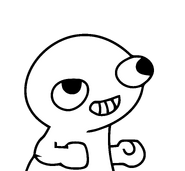 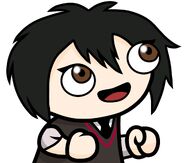 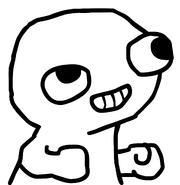