Teh Meme Wiki
Register
Don't have an account?
Sign In
Advertisement
in: Article stubs, NSFW, ROBLOX,
and 7 more

Go Commit Die is a subreddit where posts are screenshots only of Roblox players saying weird things on different events, this subreddit has 18+ content and it is strictly not for kids to access

Go Commit Die is rarely said by a Roblox player when he/she wants to say something that is accusing to the listener, e.g. "You have no friends", "Get a life". The reason why "Go Commit Die" is accusing is because some kids say this in a wrong grammar, and those kids are called Ro-Gangsters

Note: Ro-Gangsters are roblox players who try to be bad and scary, they usually accuse players for no reason, they bully and bypass the roblox chat filter to swear at players, in reality they are just 10 year old kids who are trying to fit in with teens, or have anger issues 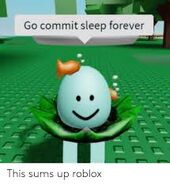 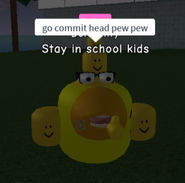 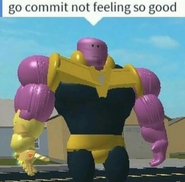 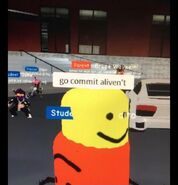 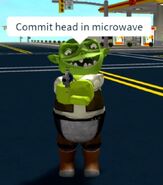 While the exact origin is unknown, a version of phrase can be traced to a YouTube video uploaded on Sep 28, 2017, titled "Commit Die" featuring snippets of various Discord users expressing their ironic ideation of one's death.