The Super Smiley Kid is an internet phenomenon featuring a photo of a kid shining the flashlight on his face, and smiling really huge, in the dark. It has been used several times in diffrent memes on the internet.

On May 18, 2014 a user named TheDevinGreat posted the first meme of the Super Smiley Kid. 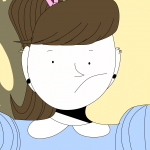